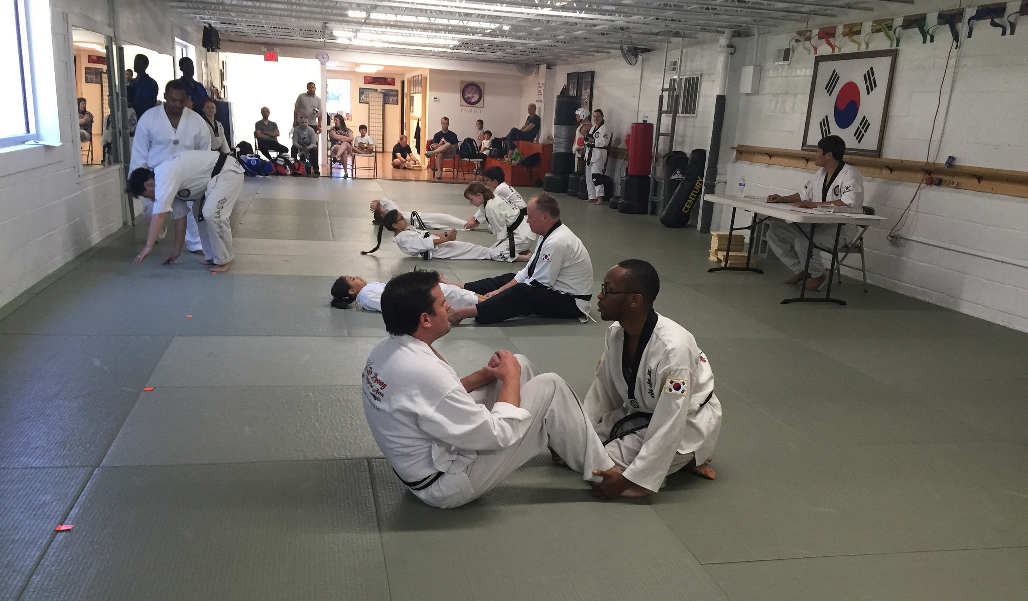 Every studio is different, but at BeRyong, a first degree black belt test has 10 stages. This test generally lasts about three hours and is non-stop.

At Be Ryong, Master Yun won’t even let you take the black belt test until he sees that you have mastered all the lower belt kicks and forms. Ultimately, the test is one of endurance.

At the end of the test, you’ll understand why Master Yun says that a black belt test is a physical and mental test.