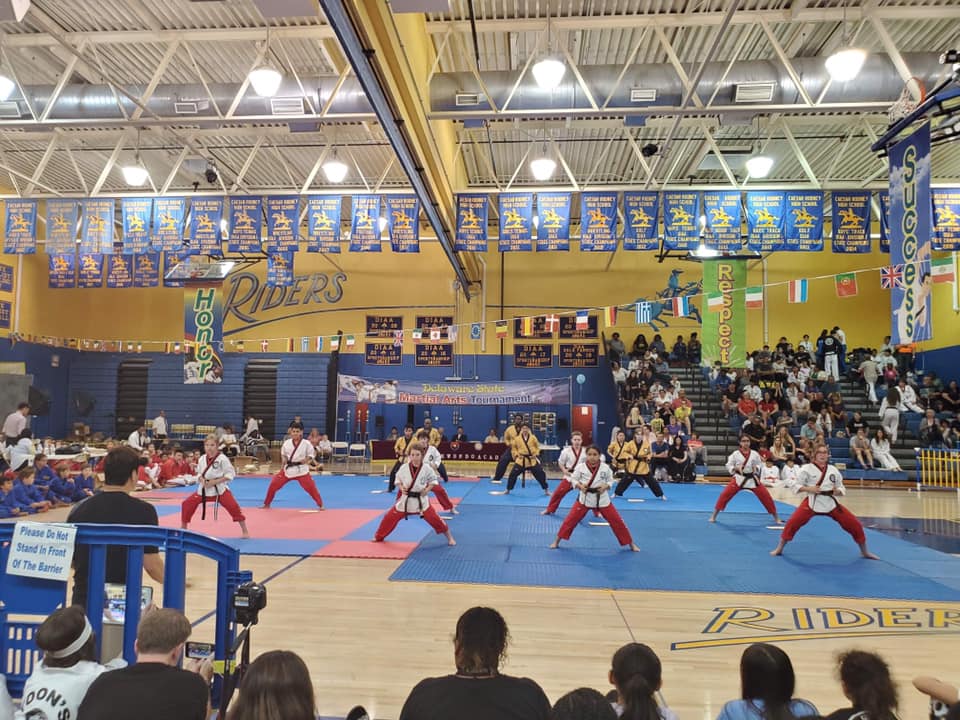 Congratulations to the Be Ryong demo team! The team took third place in the team competition at the Delaware Martial Arts Tournament held last Saturday, May 18, in Dover, Delaware.

The demo team has been practicing all year for this tournament. Each year, Master Yun, along with instructor Trulynd Hall, choreographs a new routine that includes forms, breaking, and acrobatics.

A highlight of this year’s demo team performance was Hanna’s routine, which involved Hanna running up to Master Yun, climbing onto his shoulders, then executing a backwards somersault to break a board over 10 feet in the air. We’ll be posting a video of the entire performance on YouTube in a few days!